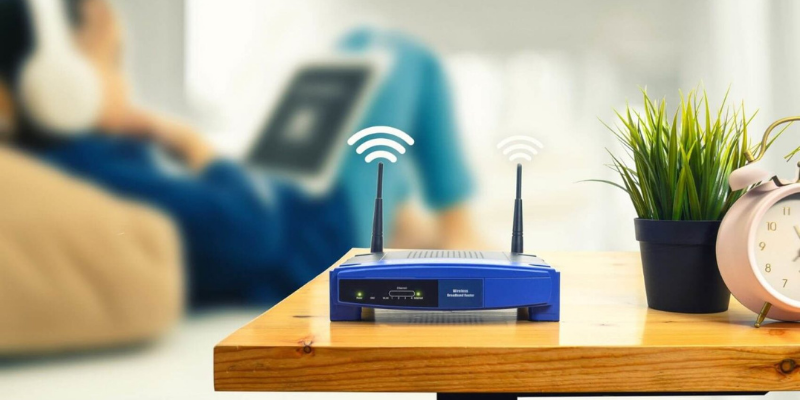 Wi-Fi and broadband connect your device to the internet.  Although the purpose of both is the same, technology and operation are different.

Let’s check the difference between broadband and wifi

Wi-Fi technology is all about accessing the internet using radio waves for data transmission with no wired connection between sender and receiver.  Here sender could be a wifi router and the receiver could be your smartphone or laptop and vice versa.

IEEE (Institute of Electrical and Electronics Engineers) has defined 4 Wi-Fi standards, based on frequency and speed as below-

The above-discussed Wi-Fi standards define the speed and range of the wireless network. All the standards work on two frequency bands, i.e. 2.4 GHz or 5 GHz.

You can check out the table below for a better understanding of IEEE standards.

WiFi technology uses the above-mentioned frequencies to transfer the data between sender and receiver. You need a Wifi router or a dongle to wirelessly connect your laptop or smartphone with the internet.

A wifi router is a device that is attached to a broadband line (or modem) to transmit data wirelessly using radio waves. You connect your device like a smartphone or computer wirelessly to the router using a password set up by the owner or using WPS button to connect instantly with the push of one button.

Whereas a wifi dongle needs a sim card to access the internet and offers wireless connectivity to other devices.

#2. Receiving Data – An opposite of the above process happens in which you get the desired packet of data back to you first received by the modem which is then converted into a digital signal and sent to the wifi router.

Router further sends it to your wirelessly connected device like your smartphone or laptop in the form of a radio wave.

Your smartphone converts that radio signal again into the respective output form. For instance, if you are downloading an mp3 song, it will process the data signal into an mp3 file.

Data transmission happens at a very high speed with millions of data packets processing per second to give us a seamless internet experience.

Broadband is a high-speed wired internet connection that you use at your home or office for internet access.

Broadband uses a wide range of frequencies (800 MHz to 38 GHz) to send a large amount of data over the transmission channel, which gives you fast internet speed.

Internet connection speeds equal to or greater than 256 Kbps is considered as a broadband connection.

Broadband provides fast internet by using a wide range of lines to transmit a large amount of data rather than a single line used by old dial-up connections. The Broadband term here means using more than one band to transmit data.

If you go 15-20 years back, you needed a single band (also called narrowband) dial-up connection to connect the internet that used to offer a slow-speed data transmission in the range of 56.6 Kbps.

In simple terms, you can assume a dial-up as a single lane where only one vehicle can move at a time whereas broadband is a highway where multiple vehicles can move simultaneously. Here each vehicle is the data packet transmitted to you or vice versa.

Parallel transmission of multiple data packets at a time increases the speed of the internet.

There are two types of broadband connections both use different techniques for internet access.

ADSL is the most popular broadband connection which uses old telephonic copper wires to transmit data. Because of the copper cables used in this system, it is also called cable broadband.

The problem with ADSL is that as it shares the bandwidth with its users, it slows down at peak hours. Service providers insert signal boosters to increase bandwidth while extending the range of broadband connections.

Fiber broadband uses fiber optic cables to transmit data in the form of a light signal. Data travels through the glass fiber at the speed of light that gives you the joy of an ultra-high-speed internet experience.

There’s no data loss as compared to copper wires used in ADSL connections thus making it an ideal choice for high-speed internet connections.

Difference Between Broadband and Wi-Fi

Broadband is a type of internet connection that provides you high-speed internet that remains always-on. Broadband provides you internet from service provider to your location whether it’s your home or office.

Whereas, Wi-Fi is a technology that you can use to connect with a broadband connection wirelessly. It is a local point of connection that allows you to connect to the internet connection using radio wave signals (Wi-Fi signals).

Let’s understand further with the help of this infographic –

I hope, now you have a clear picture of the basics of broadband and Wi-Fi. So Broadband is basically a multi-band connection line that provides you fast speed internet whereas Wi-Fi is a technology that gives you the comfort of using that internet wirelessly.

There is no doubt broadband is the ultimate winner because it is the backbone of internet services, but Wi-Fi gives you the much-needed freedom from wires to access the internet.

So, choose your Wi-Fi router smartly to have smooth access to the internet. 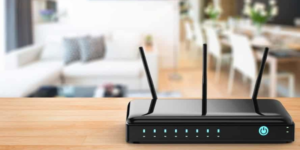 What’s the Difference Between Broadband and Wi-Fi

Some of the links to products on ElectronicWorld are affiliate links. It simply means, at no additional cost to you, we’ll earn a commission if you buy any product through our link.